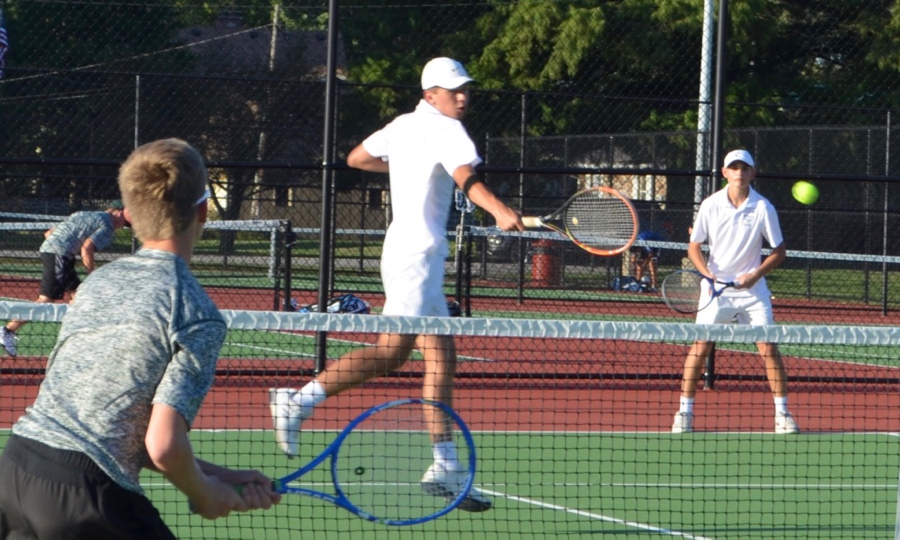 The Knights No. 1 Doubles team of Patrick Gothard and Brenner Oliver kicked off the boys Hoosier Conference tennis tournament at Twin Lakes High School on Tuesday afternoon with a 6-1, 6-0 win against C. Harvey and M. Moore from Rensselaer Central.

In doubles play on Thursday, the Knights no. 2 doubles team of Sam Martin and Griffin Chyall jumped out to an early lead against Benton Central by winning the first set 6-0. But the Bison battled back and the Knights dropped the next two sets 5-7, 4-6 to lose the match. At No. 1 doubles Gothard and Riley fell to West Lafayette 0-6, 0-6.