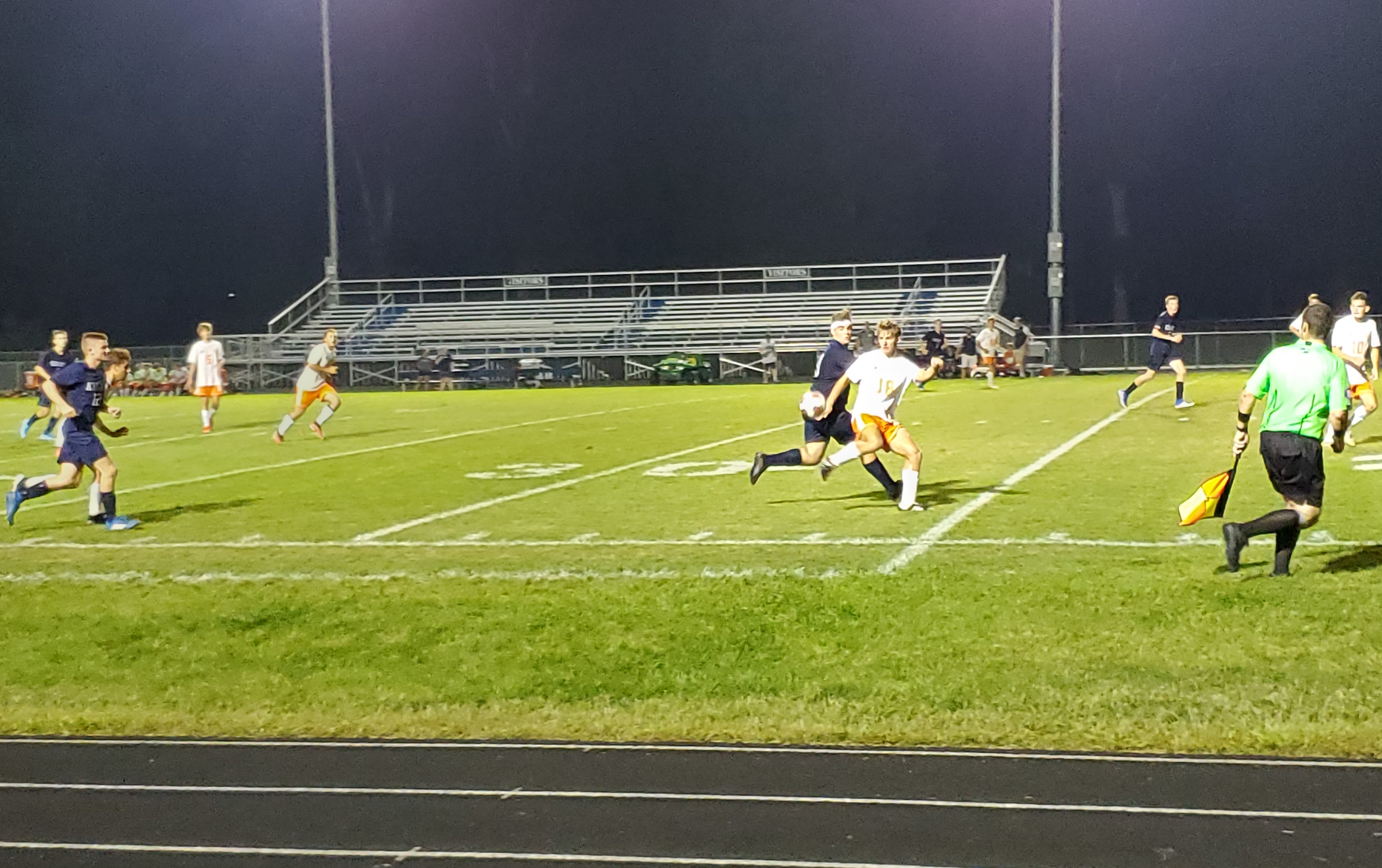 The CC boys varsity soccer team moved into the winner’s bracket of the Hoosier Conference Tournament on Thursday with a late night 3 – 1 victory over the Hamilton Heights Huskies. The game was scoreless at minute 15 into the first half when a lightning delay was called and the field was cleared. After 60 minutes of down time the game picked up again and the CC boys struggled to find their rhythm, allowing Hamilton Heights to score first within minutes of resuming play. The Knights battled back and tied the score on a goal from Gabe Obermiller, and were able to push past the Huskies on a made penalty kick from Joaquin Gallo which gave CC a 2-1 lead at the half. In the second half, Joaquin Gallo added one more goal for the Knights midway through to seal the victory in a game that ended just after 11 p.m. The Knights move on to play Twin Lakes in a Saturday morning match at Northwestern High School.