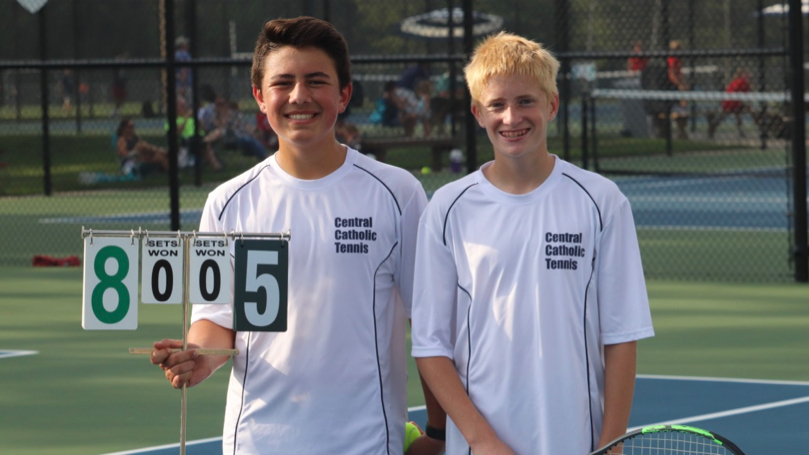 No. 2 Singles player Sebastian Lux (LCC) picked up the lone point for the Knights after his opponent retired after the first set. At No 3 singles Dylan Riley won his second set to force a third set but then fell 3-6.

The Junior varsity team continues to play well. Nathan Bapst (LCC) shut out his opponent 6-0 in a singles match, and both of the Knights JV doubles teams won their respective matches 8-5.