INDIANAPOLIS — Reece Buche was in considerable pain, but this was one of those moments where you worry about the consequences later.  The senior receiver suffered a hip injury amidst the performance of his life in the game of his life.  Central Catholic was 80 yards away from an eighth Class A state football championship and to get there, Buche had to be on the field.  “He was hurting real bad and he didn’t know if he was going to be able to finish the game,” CC quarterback Clark Barrett said. “I told him I needed him and he said he would do it for me.”

It’s a good thing Buche listened to his sophomore quarterback.  Ky Schrader’s 1-yard touchdown plunge with 10 seconds left set up an interesting scenario.  The Knights trailed undefeated No. 1-ranked Lutheran 28-27.  Knowing his team didn’t match up with a bigger, stronger Saints squad in an overtime scenario, CC coach Brian Nay told his offense to stay on field after Schrader’s score.  Barrett found Buche crossing to the right side of the end zone for the game-winner in a 29-28 comeback victory at Lucas Oil Stadium.

It was the cap on a career day for Buche, who had a Class A state championship game record three touchdown receptions in the first half.  Buche finished with 164 yards receiving, including a 40-yard catch on the final drive.  “When you are a little kid, you dream about this,” Buche said. “I remember the memories sitting in the stands watching everyone. Now we’re here. I have the biggest smile on my face. This is awesome.”
Unlike the other seven state titles in program history, this one was unexpected.  Central Catholic was coming off consecutive losing seasons and started 2019 with a 1-3 record.  Following a 50-0 beatdown at the hands of West Lafayette on Sept. 13, the Knights never lost again.  Entering the state championship game on 10-game winning streak, not many still gave Central Catholic much of a chance to beat the high-scoring Saints.  The Knights quickly showed what brought them to the dance, using their aerial attack to go up 14-0 after their first two possessions.  “We had a great start,” senior Evan Munn said. “That is when I knew we had a really good chance to win the game.”

Still, it took a little bit of good fortune.  Lutheran stormed back with big pass plays and on the strength of senior 2,000-yard rusher Marcus McFadden, who had 161 yards on the ground and two touchdowns.  Lutheran’s Micah Mattes missed a 33-yard field goal off the left upright with 3:49 to go that likely would’ve sealed the program’s first state title.  “The expectation we have is that we are going to be excellent,” Lutheran coach Dave Pasch said. “We were close to excellent. Excellence is a tough thing to do. Excellence is in detail and sometimes a matter of inches.”

It was the opening Central Catholic needed.  “My heart stopped as soon as it was snapped,” Barrett said. “I watched it and it hit the field goal post. I froze for a minute, realized what happened and ran out on the field.  “We knew as soon as it hit the field goal post that we were going to score and go for two.”  Barrett then engineered an 11-play, 80-yard drive that took 3:39.

He completed three passes for 54 yards and rushed for 13 yards on the game-winning drive.  Barrett went over 3,000 passing yards for the season with his 298 yards Friday and closed his sophomore year with 35 touchdowns in his first full season as CC’s starter.  “We told him, ‘Time to be legendary,’ ” Nay said. “This was Clark’s coming out party. The dude was not going to go down today.” 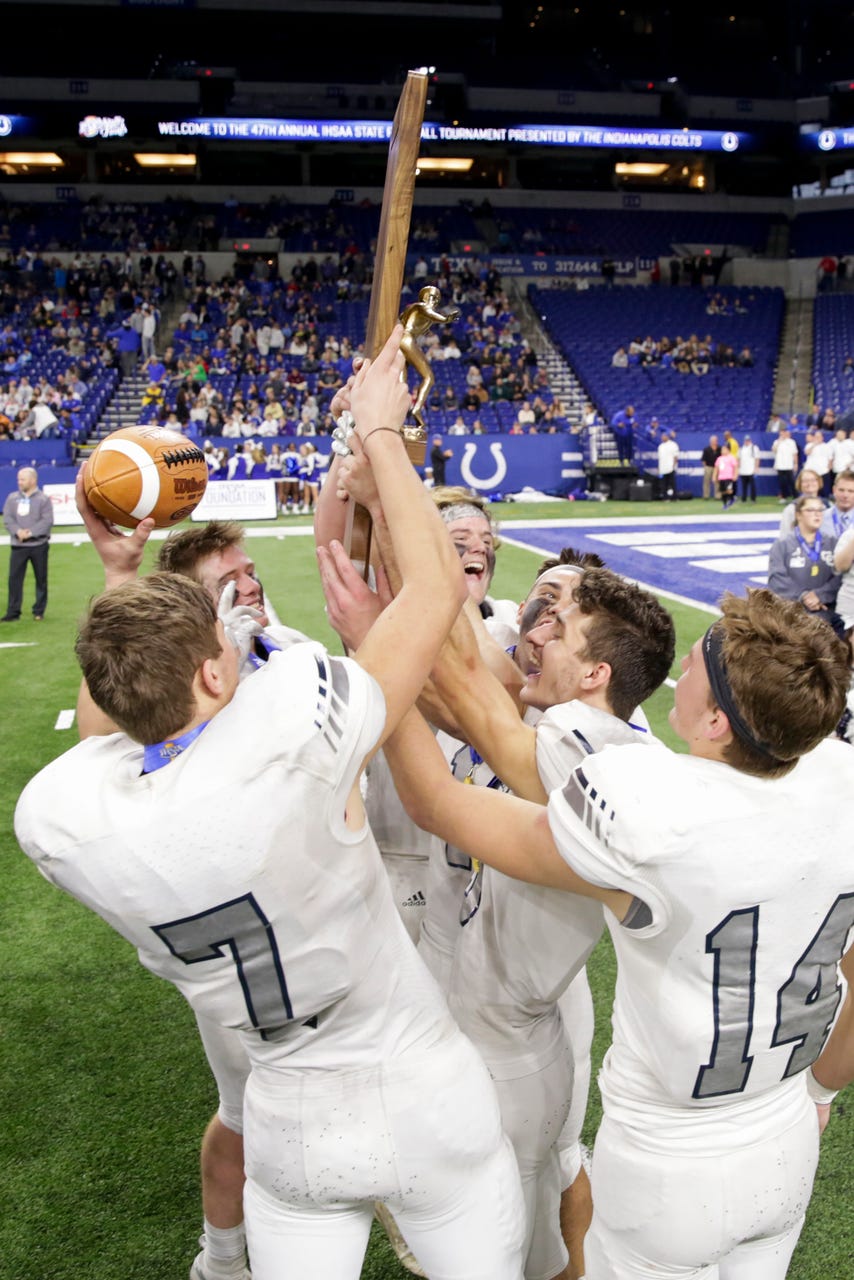